Various activist organizations and community members rallied at the Texas State Capitol on July 14 to speak out against a Fla. verdict that found George Zimmerman not guilty of second-degree murder and manslaughter.

Zimmerman, a neighborhood watchdog, was charged with second-degree murder for the killing of 16-year-old Trayvon Martin in February 2012. Although police initially released Zimmerman without charges when he claimed self-defense, national protests led to his arrest nearly six weeks later.

The local chapter of the Campaign to End the Death Penalty organized the protest to demand justice for Trayvon Martin and discuss the “harrowing reality of institutionalized racism” in the criminal justice system.

Throughout the rally, protestors shared their experiences with day-to-day racism and called on the residents of Austin to participate more in anti-racism organizing, particularly for victims of police brutality in Austin. 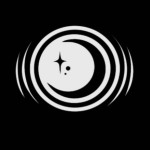 Tahila Xicahuamazatl Mintz is a photographer, filmmaker, artist, educator, community organizer, and healer. Tahila has lived photographing and recording stories of women and communities throughout the Americas, Africa, Middle East, …

Developmental Strategies in Africa: Wildlife and Cultural Tourism in Botswana